The photographers were free to choose their subjects – their own family, their friends, people they met while reporting, relatives, lovers. They were free to shoot documentary photos or studio portraits. The result is an album of nine amazing family photos and just as many life stories.

The original version of this story was on the cover of the Romanian Summer 2011 issue and features 30 photographs.

The photo was taken two years ago, on July 14, France’s national holiday. We were out in the yard of the French Embassy in Bucharest, where the Taraf de Haidouks were getting ready to perform. Since I love music, I kept taking pictures of them. At a certain point, one of the Taraf members said to me, “Never mind us, we’re old. Look; young, beautiful kids over there on that bench.”

Florentina and Leonard had just gotten married back then. I liked her elegance and his casualness, and the backdrop suited them so well.

The Bogdans in my life

I live surrounded by Bogdans. My girlfriend’s name is Bogdana. Most of my friends are Bogdan. I rallied them all for this photo on the steps of Que Pasa, the Bucharest bar where we see each other most often, where we drink our birthdays away, where we outline our plans and relive memories. (Assistant: Mădălina Fildan)

This is the Motivation România family, a foundation supporting people with disabilities. Most of those involved in the project received aid from the foundation at some point, either through counseling, medical or psychological recovery, or social, professional or educational integration. The group is headquartered in the Ilfov County town of Buda and runs workshops to make equipment for disabled individuals, children’s daycare centers and social family homes. It provides sports instructors for people with disabilities, organizes summer camps for children with disabilities, and sports competitions (tennis, basketball, swimming). The Motivation România team also encourages people to drive and work – to lead a normal, independent life.

I met Iulian in 1999, when I joined the editorial team that launched Playboy in Romania. He was the magazine’s first art director. We quickly became friends. We learned from one another, and I think that’s the essence of friendship. Since he’s one of the best graphic designers in the country, I learned the cult of, and respect for, typography from him, among many other things. We disagree on several topics, but a disagreement with Iulian brings something very valuable: the spirit of dialogue and genuine polemic.

He got together with his girlfriend Ioana in 2008. I met her at the seaside and liked her from the get-go. She looked, to me, like a Latin American tourist. She was well tanned, feminine, cool, hot-blooded, explosive, instinctual and straightforward, with no complexes, preconceived ideas or taboos, and, most of all, always sported a charming, immaculately white smile. I immediately found her a nickname: the Habanita, after the Molinard perfume. She is a wonderful woman and the equally cool mother of Letitia. Two years ago, my wife Rodica and I brought them home from the maternity ward.

I knew they’d be the only ones who would agree to have their picture taken by me in my style –  nude. For me, nude is the most complete and honest type of portrait. In this case, a family portrait.

Ciprian Nuţu, born in Galaţi, was sentenced to three years and six months in prison for first-degree theft. He was extradited from Italy and is imprisoned at the Tulcea Penitentiary. The photo was taken on April 21, the day he turned 23. He tells his story:

“Me and my mom went to Italy when I was 14. She’d take care of old women and I got into gardening, mowing lawns. Then I became an electrician. I’ve got no schooling, but I learned at work. I graduated fifth grade, I write poorly, but I can read.

Me and my wife, Popa Nela Cristina, made friends in 2006. We’re not married with papers yet, but I want to have the civil ceremony when I get out. The kid just happened, she found out she was pregnant and then we tried to get the parents to agree. Her folks can’t stand me, they says I’m a punk. They says the same about my mom and they don’t like she’s one year older than me. Old school countryside mentality!

My boy’s name is Popa Denis Petrişor. I never saw him. His name should’ve been Nuţu, just like mine, but since they extradited me from Italy my wife couldn’t draw up the papers so she had him named after her. But when I get out, I’m changing his name to mine. I talk to my wife once or twice a week, whenever I get the money to buy a calling card. They stayed back in Italy, ‘cause she works in a car shop.

Last year I came back to the country for two weeks and what I did here happened, ‘cause the crime was committed in Romania. Then I went back, but they found my fingerprints and ran me through the Interpol. I’ve got one year and eight months left. The day I get out of here, I’m off to Italy.”

Kay Wunderlich is German and doesn’t speak Russian. His wife, Tanya Lagocheva, is Russian and doesn’t speak German. They communicate in English mixed with the few words each of them knows in the other’s language. They married in December after a five-year, long distance relationship. As they began looking for a place to start a life together, they discovered German laws won’t acknowledge Tanya’s degree  – and Russia’s employment rules are very prohibitive for foreigners, regardless of marriage status.

On March 1, Kay and Tanya landed in Bucharest. They plan to spend at least a year living in the city. Kay and Tanya met up in Bucharest in 2007, because it was halfway between Moscow and Greifswald, Kay’s hometown. I met them through my wife, Vivian, a Texan. We, like Tanya and Kay, were born under different flags.

Out of this group, I first met Irina and Daniel. They’re cheerful, relaxed and positive – it’s in their nature. They are the type of couple who will enjoy themselves in just about any context, and they always give off good vibes. Later, Ştefan (a.k.a Boabă) and Iuna showed up. The children are beautiful – you want to take them home with you. The best is seeing the four of them together.

To me, the Ks define the word family. All but two of the younger set are Mircea and Delia’s children; Rahela Barbara and David Alexandru are their grandchildren, the children of daughter Alexandra Raluca. This is a family whose joys aren’t measured in material items. The family is richer than most, because they have each other and are happy for it.

They live in Petrila, my hometown, and we’ve known each other for a long time. Long enough for me to forget how many times Delia gladly announced to my mother she was pregnant. Or, as Delia told her one day as she perused the stack of the children’s birth certificates, “See, Silvia, I wrote a book in my day, too.”

Grig is a friend of mine. He’s pictured with his parents, who are known around the neighborhood as Mr. and Mrs. Doctor. Grig works as a program manager at HP, and his parents are retired. They are the only family I know in Bucharest. 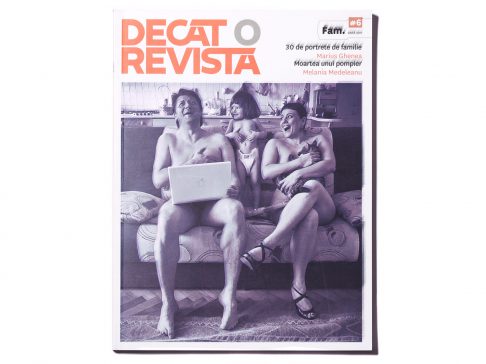 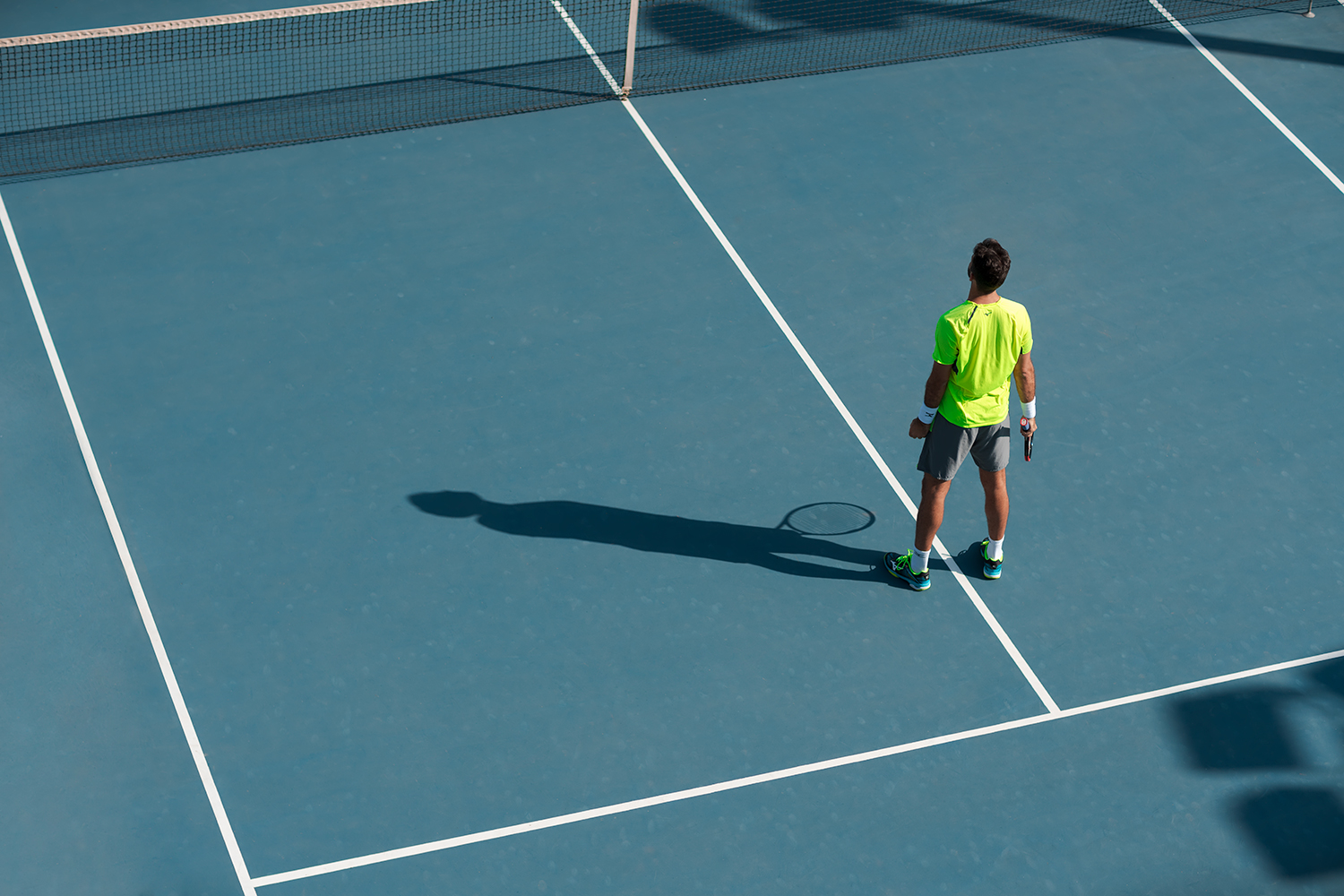 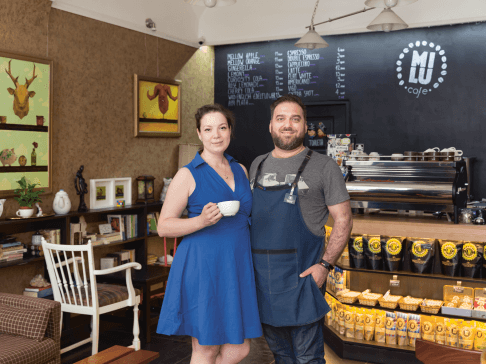 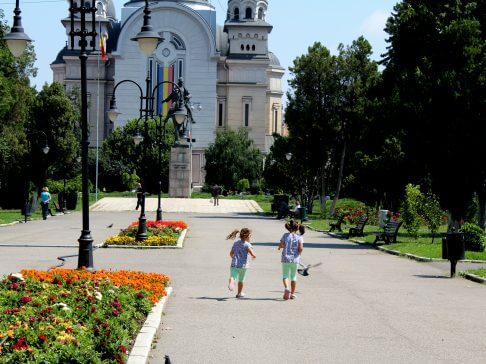