Rowena Marin writes about her family in an effort of self-discovery and understanding her identity. She first wanted to break away from her community and see the world, to understand who she really is. For some years now, since she began rummaging through her family’s history, she understood it is not complete without embracing this past that includes slavery and the Holocaust, but also stories of resistance and survival. This is the story of her great-grandmother.

How can I show you the world of enslaved Roma, since I was spared just by the pure luck of being born a century later? I have no other option but to walk you through the streets of my imagined memories. The memories of my Great-grandmother: Manole Cristina, or Ristina, the name any silversmith gypsy would know her by. Although we never met her, her stories have been passed down from generation to generation, to hit my inquisitive mind only this year.

Let’s stop in 1886, when she just turned 14,  the same year that the Spanish government abolished slavery in Cuba. In the US it has been 21 years since the 13th Amendment, which abolished slavery and involuntary servitude, and in the Romanian Principalities of Moldova and Walachia 30 years had passed since the last of the enslaved Roma were freed.

Sit down with me on the edge of this grain field, while the Sun is showing its first rays. Hear the rooster’s sharp wake-up call and smell the earthy chills of the morning. Right across this field,  bordering the city of Alexandria, Teleorman, you will see the shack where Ristina and her husband live. Sitting exactly at the middle in a row of self-made shacks of abandoned houses, covered with posts, cardboard, corrugated metal, pieces of cloth, together with some real windows and some improvised ones made of plastic.

She lights us a candle and gets out of the space where she sleeps: a patched piece of wood that serves as a bed. She puts on a long piece of gray cloth on top of the other gray piece of cloth she was wearing. She ties her thick, long hair, black as a shield against sunshine. The sun is just showing itself little by little, in the sky, offering the chance to see herself in the piece of mirror hanging from the entrance door.

Her head is tilted to the side, where the hair spouts like water. Her big black eyes look like the tip of an iceberg, cold, calm and deep. She is thin, tall, white-skinned with child-like bony cheeks. We can almost hear her husband waking her up from that dream-like state with a gentle but firm ask to finish as they need to leave for work. We follow them out on the street. You will notice her gaze looking down all the time, as Serban, her husband, leads the way, a few feet ahead of her. Although spring, you can feel the cold piercing through your bones with every gust of wind blow. That little street line is now roaming with people, all dressed in the same piece of gray cloth, a few of them wearing some sort of hardened brown leather jacket on top and most of them barefooted. They will pass that strip of land, leave behind their homes, cross a country road, and arrive at their daily destination: the land of the boyar, the landlord of all those grain fields.

Ristina was not enslaved on paper, but she was still owned by her landlord. She did not know another way of existing, as she was the fruit of the love of two enslaved Roma that continued to work on these fields until the day they died. That’s the same reason why you see this flock of Roma silversmiths working in this field, from the break of dawn to sunset, planting, seeding, pruning, harvesting crops, and packing them for shipment.

You might as well ask: what is Ristina thinking while her body is crouched down to the ground, trying to pluck all the weeds around the grains. How much of this is hurting her? Does she have any intuition that freedom is so close, just a generation away?

Perhaps she is thinking about her childhood lost a year ago to a man she calls “Sărăcie” (Poverty), because of his looks? Perhaps she is hungry and all she can think about is that meal that is coming up at the end of the workday. Perhaps she is remembering the cold, the sore feet, the piercing wind, or the pain in her back. Perhaps she is scared of lifting her body up to see the sky because they told her that the enslaver has his eyes on her and no one can save a woman when the landlord wants her. Maybe all that or maybe none of that.

If we listen carefully you can hear her sing her favorite song, the one she will pass down to me, and you, now: “Seven mouths to feed with a bitter bread”.

I tried to search for that song, and with all the technology we have in 2021, I still haven’t found it. I wish I could hum it to you, to portray the deep sadness it provokes in my heart when I remember it. I know it speaks about a time of famine when my great-grandparents on both my parent’s sides worked the entire day for a piece of bread or a meal, as enslaved to landlords in Romania in the 19th century. It speaks about the lives of many generations and many souls, of which stories have been buried by history, especially in Romania where this topic was hidden from us.

It reached me through my aunt Matilda. She was raised by Ristina, who was in her nineties when she died. My aunt is now 73. Only through the chance created by this global pandemic, last year I was working from my real home, where my mother lives. My aunt stayed with us for some time and I got the chance to hear this song for the first time. She was singing the chorus in a low voice, on and on, while watching a Turkish soap opera with my Mom. I asked, “what is this song about?” and that’s how the stories began.

The only thing I knew about Ristina is that my mom looks like her; it was one of those family legends, as she was known for her beauty. Women would always bring this up: “Oh, that’s just because she is Ristina’s niece”. That’s how I knew the name. Now, I had a song to attach to a faded beautiful face. Little did I know that she used the same song to provide for her family, later in life.

When the boyar lost his lands, she, her husband, and five children were finally free, but uneducated and with no idea as to what they could do with their life. So she started singing on the streets and begging for food. Her voice would echo on the streets of Alexandria, Romania, day in and day out, and the more wealthy women would give her flour, potatoes, eggs, and whatever else they could spare. This is how she raised her children and some of her nieces, one of them being my aunt Matilda. This is how she got through the years of the Second World War, when her husband and children were deported to Transnistria. She continued signing her sorrow and making it through day by day with the only real dream of surviving the day, the week, the month, the year, together with her family.

It took me 33 years to build up the courage to ask questions about our past: who are we and why are we the way we are? I started my life just as any other Roma woman in my community: similar aspirations, desires, values and fears. And then, eight years ago I started questioning the limitations we impose on ourselves. I left the community, traveled the world and “lived a life that’s full”, taking for granted the freedoms of today. You could say I ran away. But, now, in my Mom’s kitchen, I realized that the perspective I gained did not answer all my questions. Listening to my aunt telling me Ristina’s story, laughing, crying, sobbing with each phrase, broke my heart.

At the same time, I was surprised to feel my fists finally unclenching, as I was seeing the past with my own eyes. The fists I was unclenching were those of anger at what I saw as injustice. On one side, injustice for the discrimination we face as Roma in Romania. On the other side, injustice in my community, where, if you don’t comply with the rules you are cast out. But, I never understood the immense progress we have made when it comes to discrimination, because I was only looking at the present moment. I also never understood that the rules of our community made sense at one point in time. The community was the reason why my people survived enslavement, two World Wars, and being deported.

I am finally getting my answers. Answers that alchemized my misplaced anger into a feeling of eagerness to truly understand our history. Eagerness to bring to life the memory of people like Ristina, the enslaved of Romania that were buried by history and totally hidden from us.

My life has a new meaning now that I uncovered these stories, because I now see myself as part of a chain, a chain I was breaking without knowing. I feel like I now know my place and I accept it, and embrace it. This is true perspective and my role is to share it and make sure that the resilience, the inner strength, the eternal hopefulness that the women from my family embodied, are passed on to anyone that wants to know, to learn, to remember. 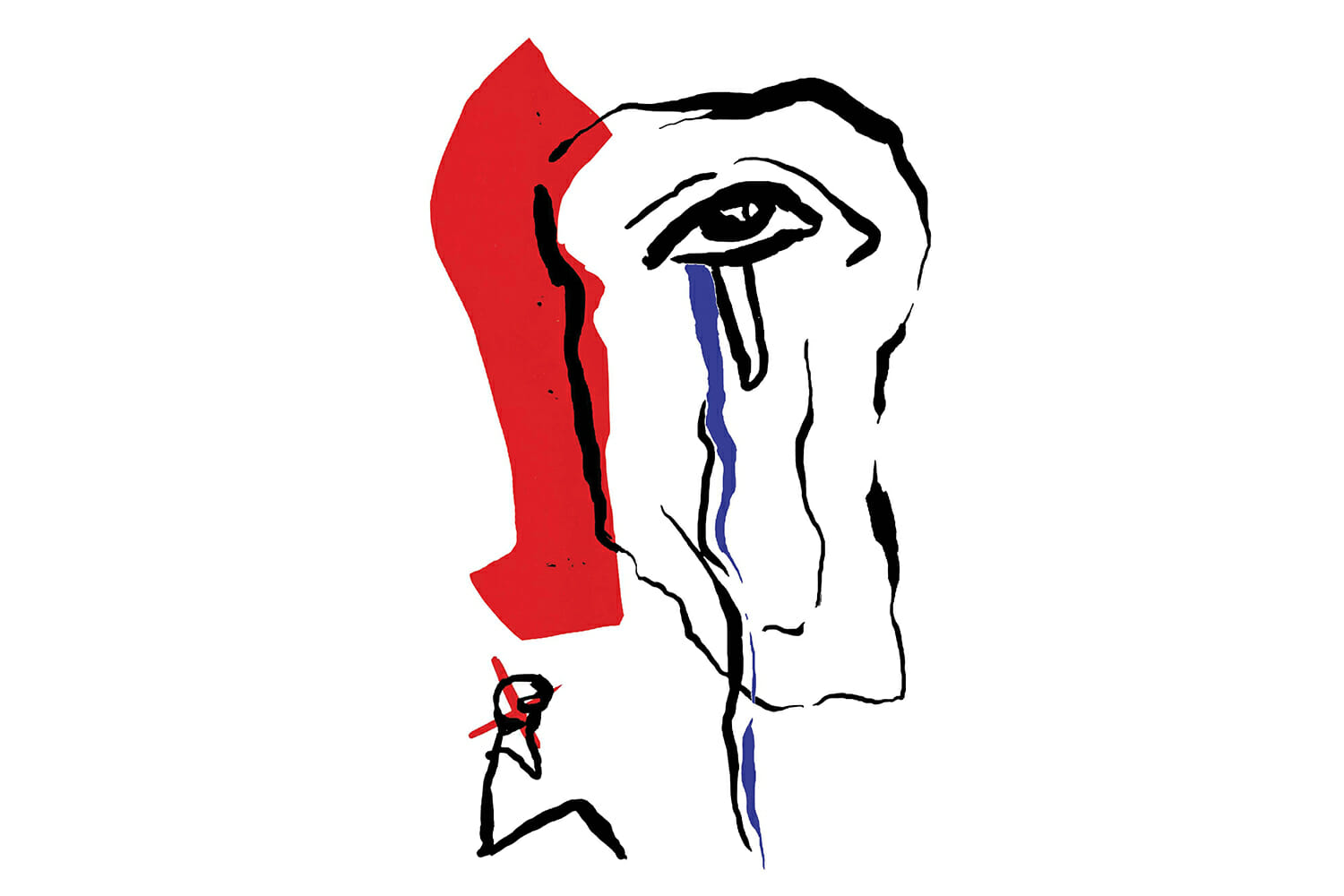 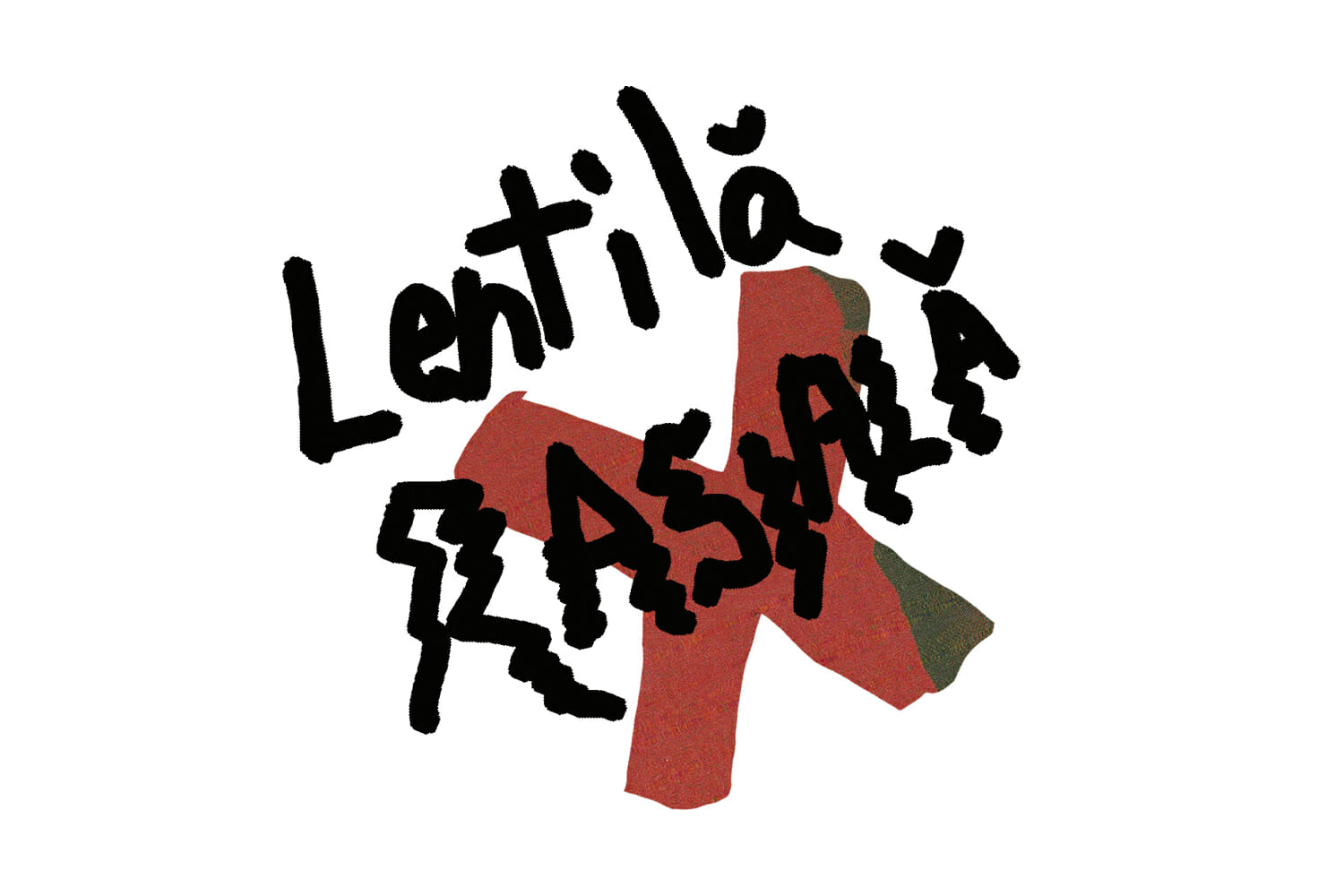